Picture the scene. February 2017, two young, beautiful, smart, hilarious Irish gals and lots of beer. Throw in a couple of headscarves, some dodgy boat trips and a few war wounds along the way (we’ve all been there) and you have our 2-week holiday around Thailand, Singapore and Bali! My ‘colleague’ Elaine (aka Lee) and I, were lucky enough to be joining the thousands of 20-somethings who make the pilgrimage every year to South East Asia to ‘find themselves.’

After 1 night in Phuket, (Bangla Road, Patong Beach, coconuts, bartering with street sellers, good music and beer) 2 nights in Koh Phi Phi (Shipwrecked boat tour, more beer, winning 5000 Baht, Valentine’s day, beer pong, Brits abroad, good music and 1 big bucket of gin!) and 2 nights in Koh Lanta (relaxing beaches, good music, body paint, pick up trucks, tuk-tuks, euro trash and incredible food on the beach at sunset, I think there was some beer in there too) I was starting to realise, that the music scene out here in South East Asia was seriously cool.

Relaxing by the beach in Koh Lanta 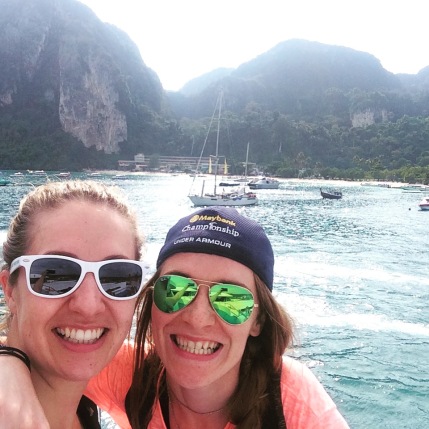 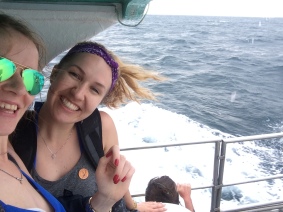 On the boat to Koh Lanta

We spent our first evening in Phuket and decided to spend it on Bangla Road, the ‘bar central’ of Patong Beach. For those of you who haven’t heard of Bangla Road’s notorious reputation, it seems an innocent shopping street during the day, but don’t be fooled! Once the sun sets over the Andaman Sea about 6 pm, that’s when Bangla Road closes to traffic and really shows her teeth; and by teeth I mean lady boys and pole dancers!

The strip was an attack on all senses. It was one of the most exciting, loud, shocking and entertaining streets I have ever walked down. Elaine and I weren’t really drawn to the ping-pong shows – shocker! As we hit the street fairly early, we ended up in a small bar called Monsoon. We went to a few other bars and restaurants and did the clichéd tourist thing of having a coconut on the beach, but we kept being drawn back to Monsoon.

This was due to the cover band that was playing there. They were incredible! They sang a lot of pop songs, but their main vibe was funk.  They had great vocalists, a varied set list and cool dance moves. (I wanted so badly to be in the band at one point, I actually started copying the dance moves – classic!)

After our wild night in Phuket, we moved on to the Phi Phi Islands for some more partying and Phi Phi Don, the more popular of the Phi Phi Islands, did not disappoint. We stayed on the beach near the main nightlife area in a cabin called The One and Only and although the music in Phi Phi is mainly nightlife dance music, we did stumble upon an intriguing acoustic act over dinner one night.

This was one thing I loved about the Thailand music scene; it was so relaxed! There didn’t seem to be any egos, just good music, good fun and a sense of welcoming and peace. It was enormously refreshing to hear a new sound and new ways of covering old favourites and new tunes as well.

The restaurant we ate in was called ‘Chaokoh Restaurant – Koh Phi Phi’ and it was near the main pier on the beachfront. The food was good, the service was good, the prices were reasonable and the music was great – a perfect place to satisfy both your hunger and taste for music before a night of beer pong!

On to Singapore and as we had only one night in this amazing city, we wanted to see as much as possible in the short time we had. We went to The Marina Bay Sands Hotel, it was very windy and Elaine’s scarf blew off, never to be seen again! We also spent some time in the beautiful Botanical Gardens and Orchid Garden…simply fabulous! However, it was the evening in Clarke Quay that sparked my musical ear the most. This area was buzzing with restaurants, bars, nightclubs and street food.

We saw at least 3 great bands and settled in a small bar with beers and a group of friendly tourists we met along the way. We were even part of a marriage proposal that night. The band sang a beautiful Ed Sheeran song and the groom to be had about 25 balloons carried in one by one to his girlfriend…Elaine and I carried in a balloon each! How romantic?! A night and a city I will never forget…hope to get back here again soon. 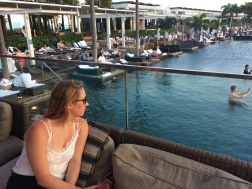 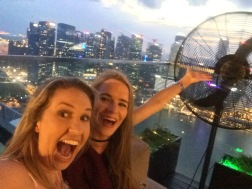 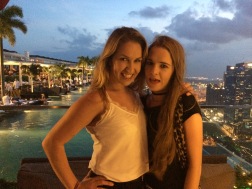 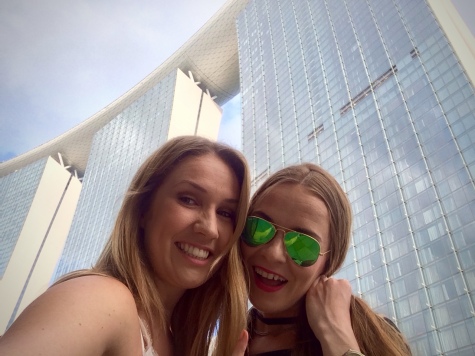 Bali was the last leg of our trip and we spent 5 relaxing nights in Seminyak. Seminyak is rather tourist centered and we spent the whole time, surfing, eating, sunbathing and walking along the beach. It was bliss!

We also did a day trip, organized by our hotel, which took us to Ubud, The Monkey Forest, some local gold and silver merchants, a coffee plantation, an active volcano and a few other stops…I would highly recommend this, especially the coffee plantation!

Similar to Thailand, Seminyak beach was different by day and by night. We had a fabulous time lounging on the beach and surfing during the day and at sunset, each beach café turned into a night time lounge area with a different live music set up about every 50m down the beach. The feel here was similar to Thailand in that the bands were relaxed, entertaining and professional. Again, I got up to sing and again, the crowd and tourists were welcoming and friendly. 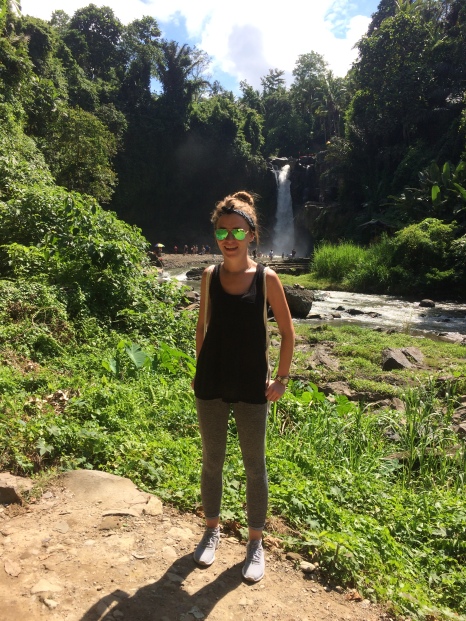 Overall, our trip to Thailand, Singapore and Bali was not only a fantastic holiday with my best colleague Elaine, but it also opened my eyes to the amount of talent and love for music in this part of the world. I felt guilty for not expecting much of the acoustic acts before I went to Asia, but I certainly won’t make that mistake again! Looking forward to my next trip so I can explore and discover more about the varying music communities around the world.

What kind of music have you experienced while travelling? Comment below.